This year for Halloween, I was me.  Literally.  I was Haitian-American.  I came up with the idea when I was thinking about costumes in Target and I saw an American flag.  It inspired me to be a flag for Halloween.  But I couldn't decide if I should be an American flag or a Haitian flag, since I am American, but I live in Haiti.  So I decided to be both.


This picture is the first try my mom made at painting my face.  It got a little better the second time. 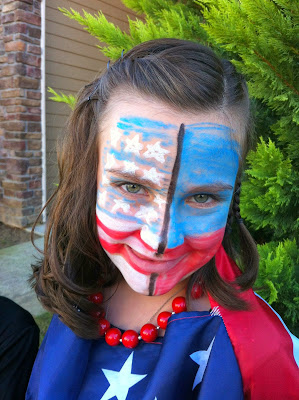 My mom did my hair in half cornrows, and half an American style.  (They aren't actually cornrows, just small French braids.) 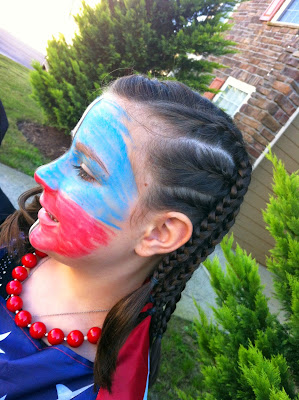 I wore the costume three times.  The first time was when we went trick or treating in downtown Apex the weekend before Halloween. 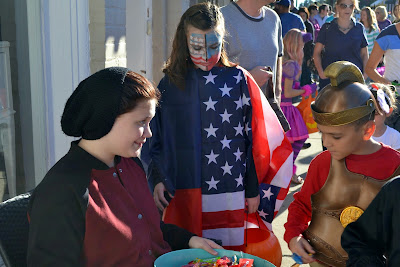 The second time was at a masquerade party for the middle schoolers at church.  I won a $10 Itunes gift card for "Most Creative Costume." 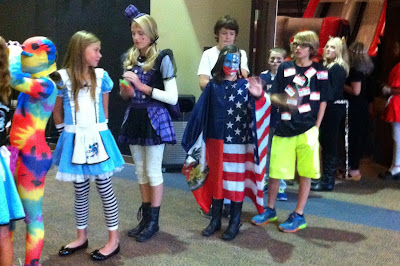 The last time, of course, was on Halloween.  I trick or treated in Pennsylvania with my cousins, Evie, Cana, and Ruby.  They were a bride, a dog, and a chicken.  My brother, Nico, was a ninja. (He wore his bright shoes so we wouldn't lose him in the dark.)  And my brother, Josiah, was a soldier (with a crooked helmet.) 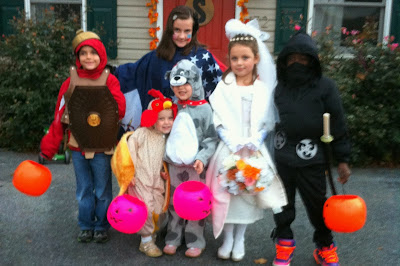 I think if we trick or treated in Haiti, some people would think it was vodou and wouldn't do it.  And you'd probably only get tricks, because most people wouldn't have candy to give away for free, because some of them sell candy for a living.

I liked my costume very much and I am glad I wore it.  It represented me very well, because I am a mix of these two cultures.  I am a TCK --aka Third Culture Kid.  (See above for the definition.)