The trouble with Tink: A book review 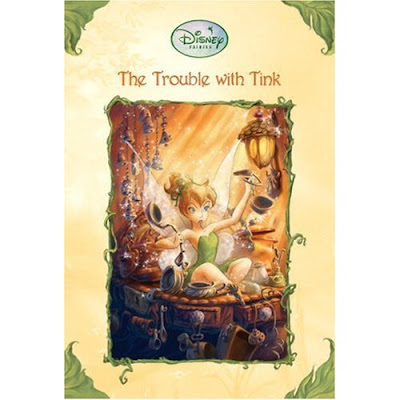 Today my mom read me a long book with 10 chapters and 109 pages. My grandma gave it to me. It was called, "The Trouble With Tink" and it was about Tinkerbell and how she lost her hammer when she was playing fairytag. You know what is funny with the name Tinkerbell? It's like two words, "Tinker" and then "Bell." And "bell" (bel) is the word is the word beautiful in Kreyol. Isn't that funny?

Tinkerbell looked everywhere and she couldn't find her hammer. It was important that she found her hammer or people would think she lost her talent, which was fixing pots and pans and cups-- anything made of tin. And people DID think she lost her talent. That made her feel sad. But the queen was good to her. And also her friend Terrence. She decided that she should go talk to Peter Pan because she had left her extra hammer there. But she didn't want to go to Peter Pan because she thought Peter Pan wouldn't remember her. So Tinkerbell told Terrence the truth that she lost her hammer and that she needed to go see Peter Pan. And Terrence decided to go with her.

So they went. And Peter Pan found her hammer and had saved it for her. And it still worked. Then after they came home, they thought about something. How could they show everyone that Tinkerbell had her talent back? They figured out an idea. So she went to the queen's house and knocked on her door. And somebody opened the door. And the person that opened the door was about to tell Tinkerbell to leave, when the queen said, "Come in Tinkerbell." And Tinkerbell said, "I've come to fix your bathtub." (because the queen had a broken metal bathtub.)

This book is my new favorite book. It took us several hours to read it.

If you're a kid and you like Tinkerbell, then you should check out this book.